On a new project, we wanted to estimate the effort. See what we need to code.

Armed with sticky notes and a whiteboard I wanted to assign standard 1 to 7 effort estimates.

My coworker had another idea. Instead of arbitrary numbers, she wanted to place cards relative to each other. Not only that. She added another scope. Value. How important is to add this feature? 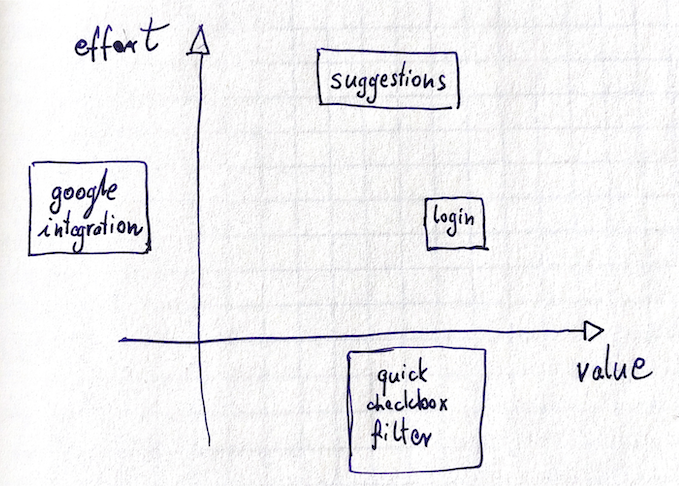 It reminds me of the impact mapping. But, the most important realization was that cards/tasks are relative to each other. You can try to match them to some arbitrary scale. But, what's most important is how hard are they. Best way to do that is to compare cards. You don't have to assign numbers to do the comparison.

I realize that comparing numbers (like in Scrum) can be useful when you have a huge backlog. Unfortunately, there is always some approximation. It's even worse if estimates are spread over the lifetime of the project. The effort of "3" meant something else half a year ago.

Comparing cards directly is simple. It's easier to understand and keep consistent over time. I can recommend it